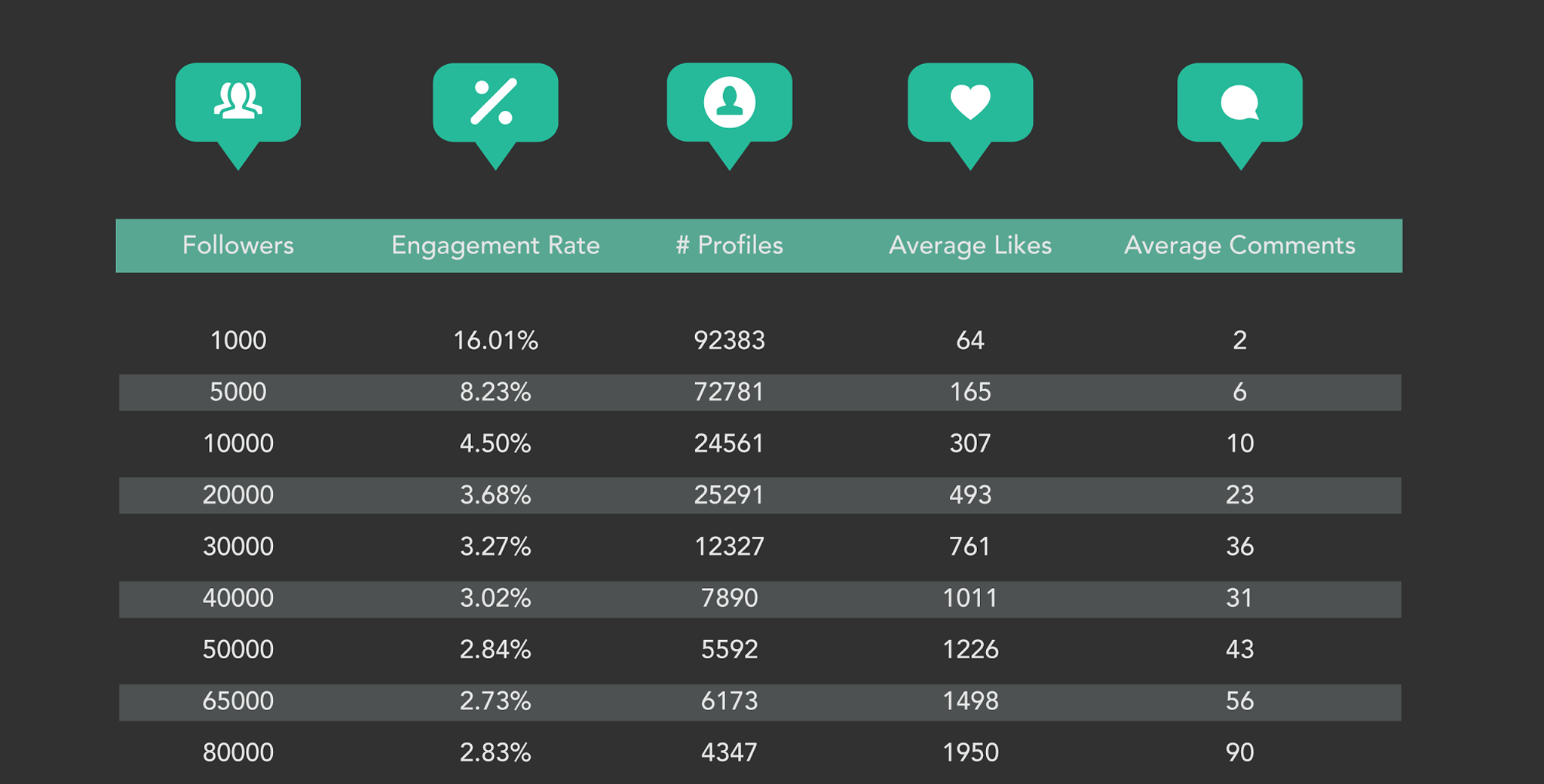 We analyzed more than 282 000 accounts, it allowed us to note that there is a causal link between the number of followers and the engagement rate, but not necessarily the one we thought. In fact, the engagement rate decreases as the number of followers increases. We can understand that the followers would rather interact with smaller influencers and they generate more engagement (more reactions such as likes and comments) on their post and interact more with their audience. Probably because the size of the community is smaller. 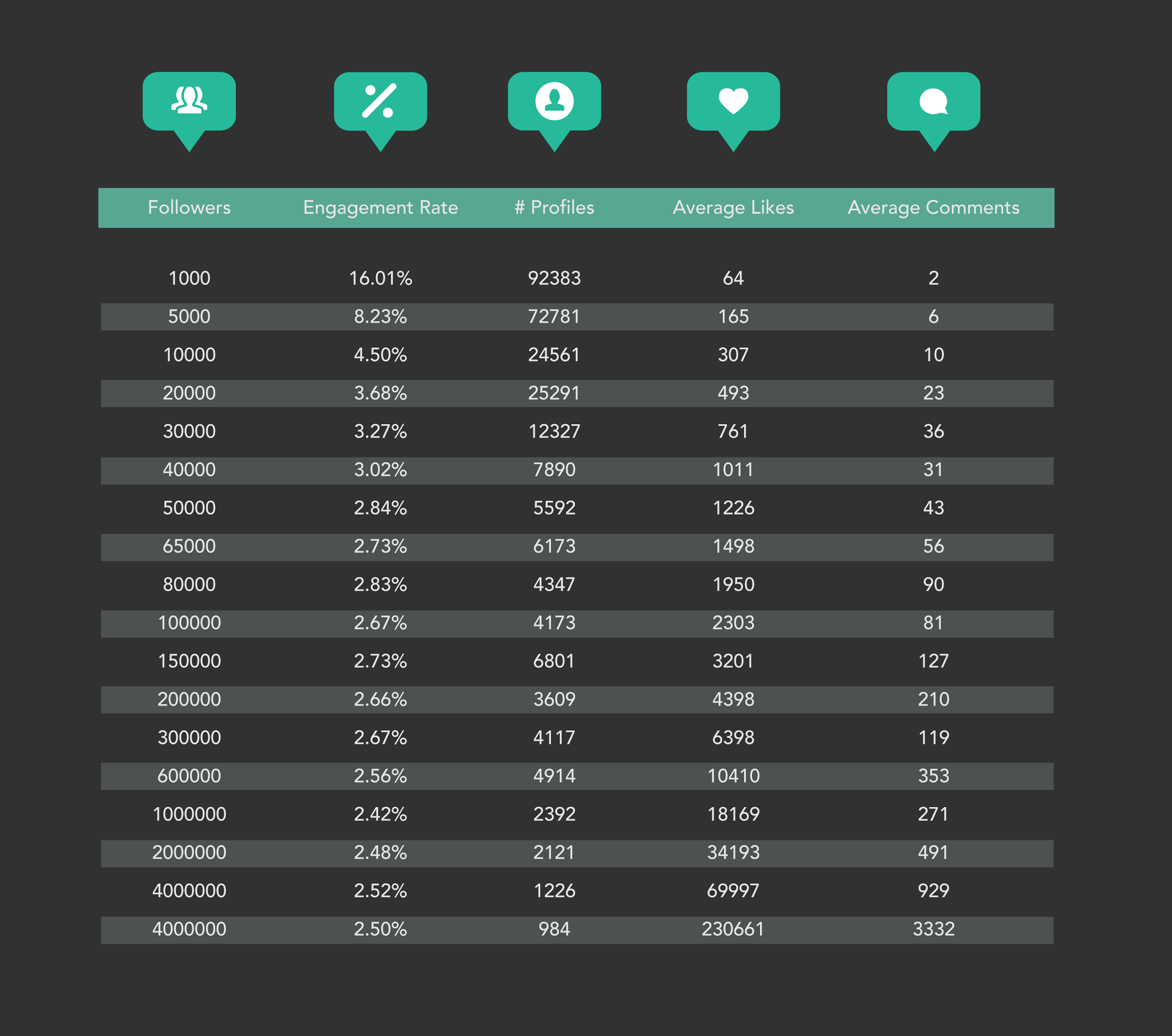 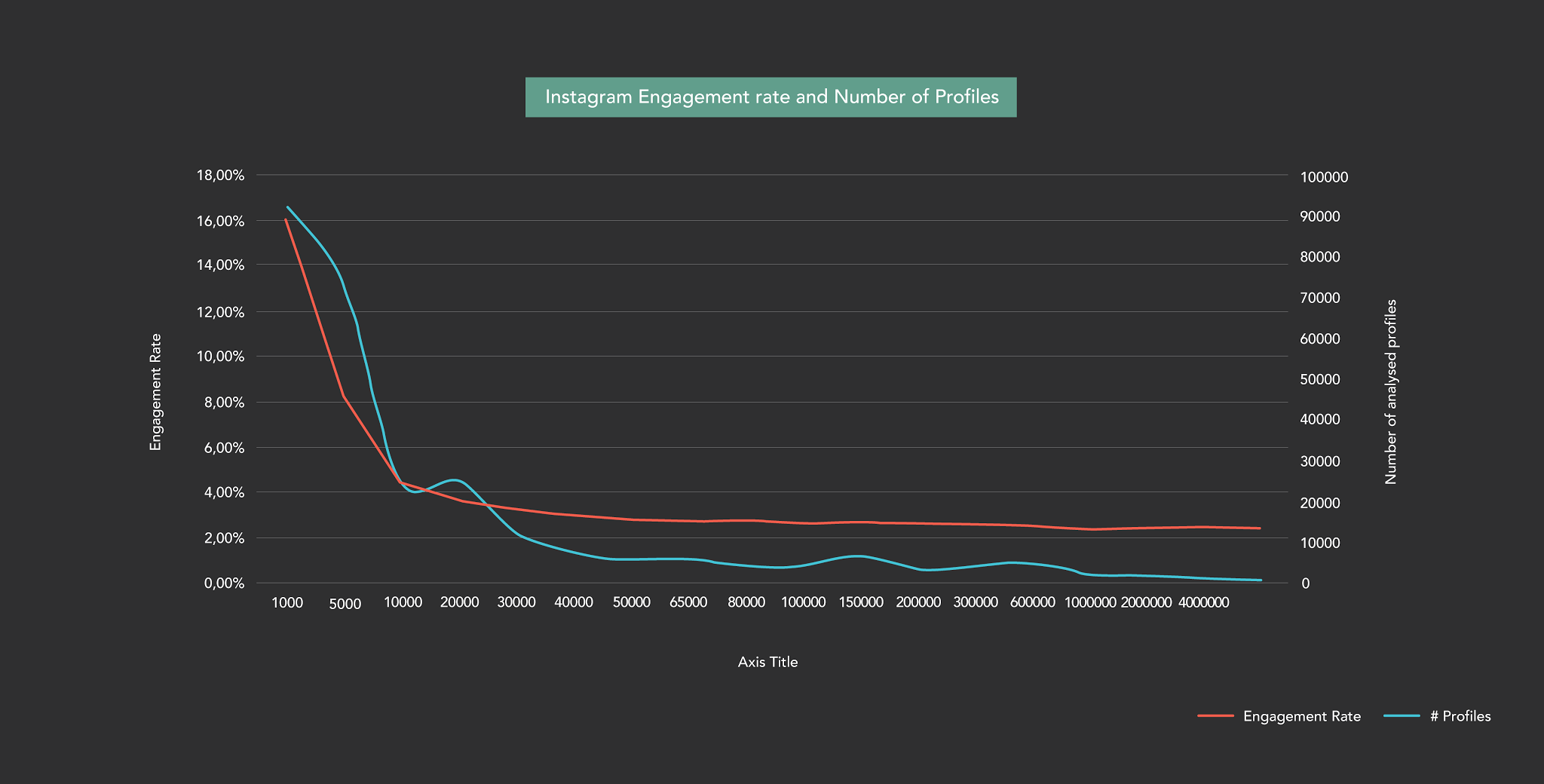 We understand that the audience feels closer from the influencers with less followers because they can more easily identify with them, they are most likely more friendly. On the other hand, Top Tail Influencer are considered as celebrities and are therefore inaccessible.

Another hypothesis, the trust giving to the influencers. Even though influence marketing is a new concept, it becomes more and more recognizable by the Internet user (informed or not). Thus, the more an influencer is followed, the more its audience will be wary of the credibility of his message toward a product or a service. The followers assume if an influencer has less subscribers, he doesn’t get many collaborations and delivers a more authentic message. This awareness gave us the idea to create the platform AdMingle. It allows to maximize the total reach of a campaign by complementing it with micro-influence. We are always more receptive to a message delivered by someone we know than a traditional commercial. We are all the influencer of someone.

The analyze of this chart allows us to conclude one thing: the engagement rate is a determining factor when choosing an influencer. However, a low engagement rate does not mean that a profile is not interesting, it depends on the objectives of the campaign (notoriety or image).

Both! Because they both engage the same amount of people.

More generally, why should we focus on the engagement rate?

Over the years the channels of communication have changed. Over the past 10 years, there has been a steady decline to client attention to television advertising and mistrust of traditional advertising. Consumers have always been more trusting to people they know and to opinion leaders than to advertising. Moreover, influencers have a special link with their audience. These evolutions are pushing brands to change the way they touch their targets.

Today, the consumption of social media has also changed since one in two Instagram users search for a product when browsing on Instagram, Facebook or Twitter. Those platforms are a godsend for brands. Moreover, integrate influencers in a communication strategy allows to benefice the relation between the influencer and its community and it allows the brand to reconnect with their targets. For influence marketing agencies and brands, the engagement rate became an important indicator when it comes to choosing the right influencers.

Here a list of important information to know about the engagement:

*Monday and Thursday are the best days to publish on Instagram.

You have two possibilities thanks to Tanke tools :